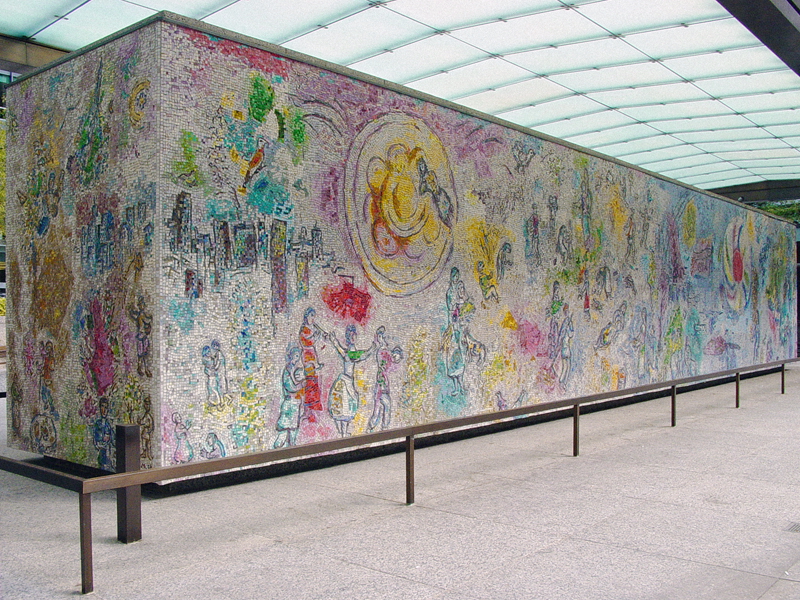 Unprotected, the 1974 mosaic mural "Four Seasons," by Marc Chagall (1887-1985), did not fair well in Chicago's climate.  The piece was therefore the subject of major, successive conservation efforts in 1988 and 1996; too, seeking to limit further damage through exposure, the architectural firm of Skidmore, Owings & Merrill designed a steel and glass shelter for it.  Additionally, a guardrail was placed around its base.  Landscape planters have formed a shield to the east, and south, of the plaza site.  Whether helpful for preservation, the cumulative effect of the surrounding structures has dramatically altered the experience of the artwork itself.  See Mary Ann Sullivan's images of Chagall's "Four Seasons" prior to its enclosure: http://www.bluffton.edu/~sullivanm/chagall/chagall.html