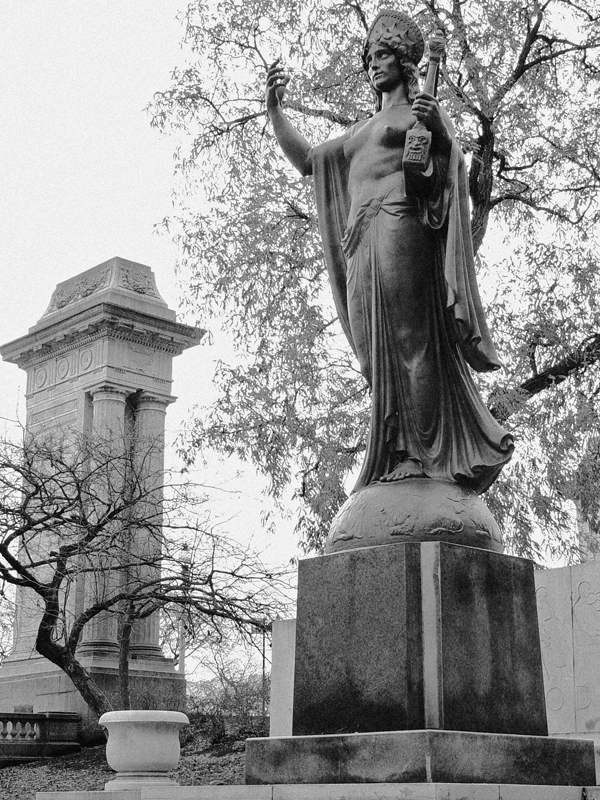 Standing roughly 5 meters tall, "The Spirit of Music," memorializing Theodore Thomas, founder of the Chicago Symphony Orchestra, was commissioned by trustees of the Art Institute of Chicago in 1918.  Albin Polasek (1879-1965), himself employed by the Institute, completed the artwork which, after being placed on Michigan Avenue, opposite Orchestra Hall, was dedicated in 1924.  Subsequent to its dedication, "The Spirit of Music" (contrary to the intent of its creators) was removed to various other locations, during which travels the bronze figure was separated from the granite panels which composed its base.  The memorial's stonework was eventually dumped in Lake Michigan (presumably by employees of the Chicago Park District) where it sat till being discovered 1983.  After an effort at restoration of both the granite and also bronze components, the piece was reinstalled in Grant Park in 1991, near, but not at, its original site.