The core of the exhibition consists of seven portraits depicting Mayer Amschel, Guttle Schnapper and their five sons whom left Frankurt Judengasse in the 18th century and established an international banking dynasty and the genesis of the Rothschild Empire. Though rooted within different countries and economies, the five branches of the Rothschild banking system remained connected in a web of joint support and success. Lerma approaches the portraits themselves in a conceptual process similar to this interconnection by painting each portrait on reflective glass-less mirror, with each member of the family initially representing a different color wheel, and building the paintings' compositions and palettes based on each other's reflections when the portraits are placed within the same environment. This process results in a spectrum of color within each work in what Lerma calls a display of chromatic incest, a poetic gesture on the collective rise of the family's economic and political legacy.

Economics are further explored in 'A Critical Analysis of Central Banks and Fractional-Reserve Banking from Austrian School Perspective,' an installation that takes form in the shape of a 10% fraction of a circular fountain which is flanked by mirrored walls. An essay by Spanish economist Jesus Huerta de Soto, from the Austrian School, serves as the inspiration for the work and title. The percentage reflects the minimum requirement of liquid assets the United States' financial institutions are required to hold by law in order to operate. 'A Critical Analysis...' presents a contrast to the interaction the portraits have with each others' reflections, instead of borrowing from the impressions of each piece to build on the final compositions, the fountain completes itself through the illusion of a whole in the mirrors, creating a kaleidoscopic effect. The installation is activated through performance in which water sounds are made by participants standing within the structure as sculptural elements of the fountain itself." 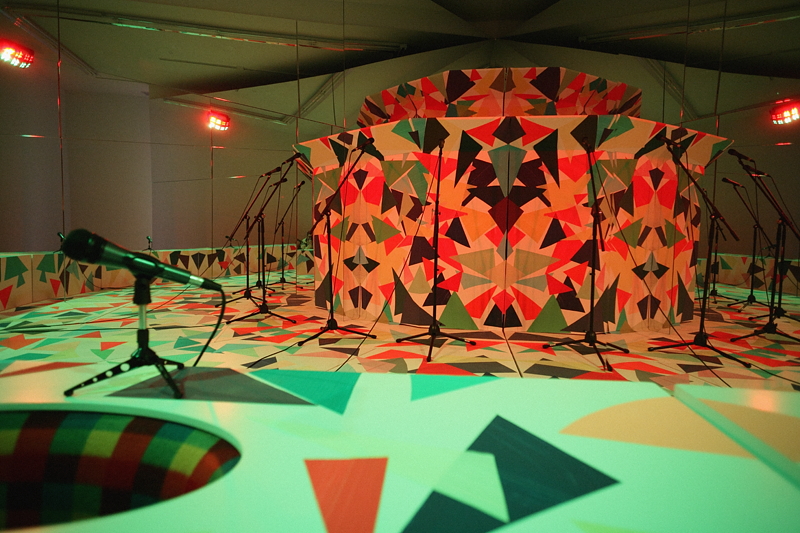 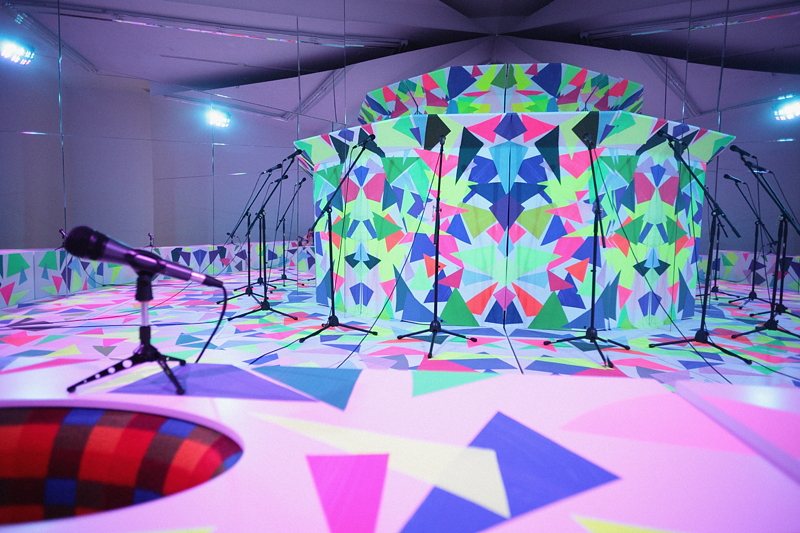 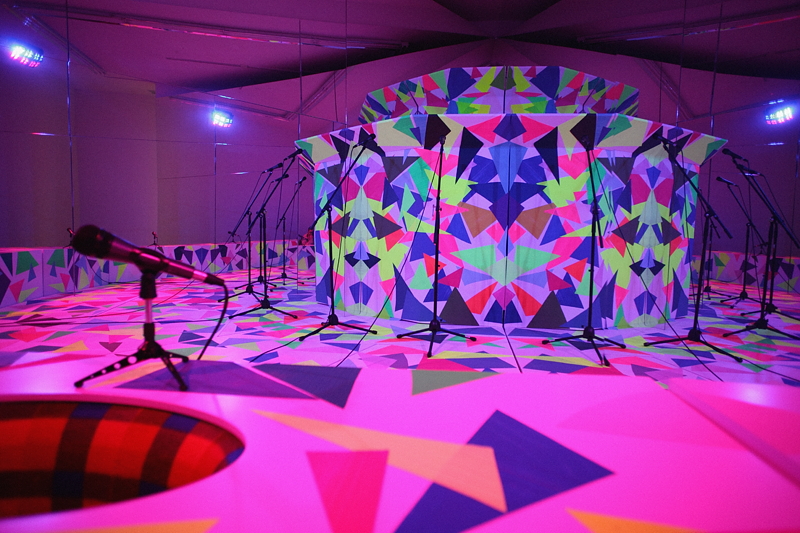 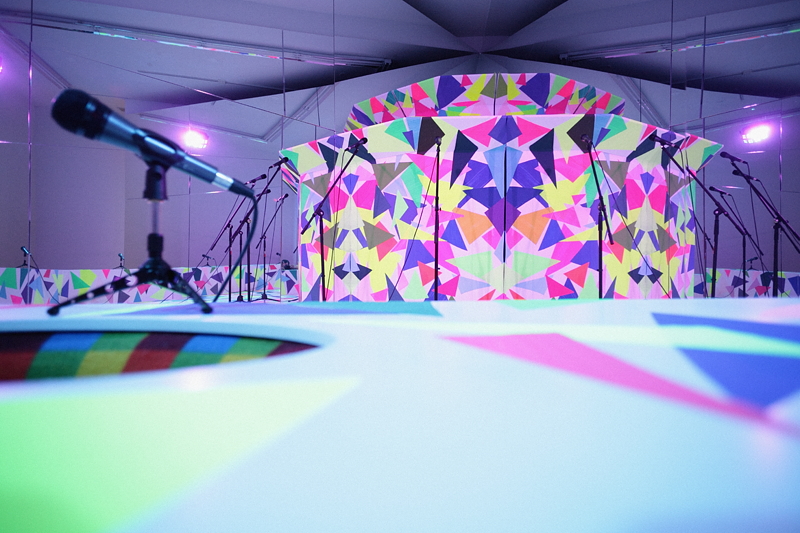 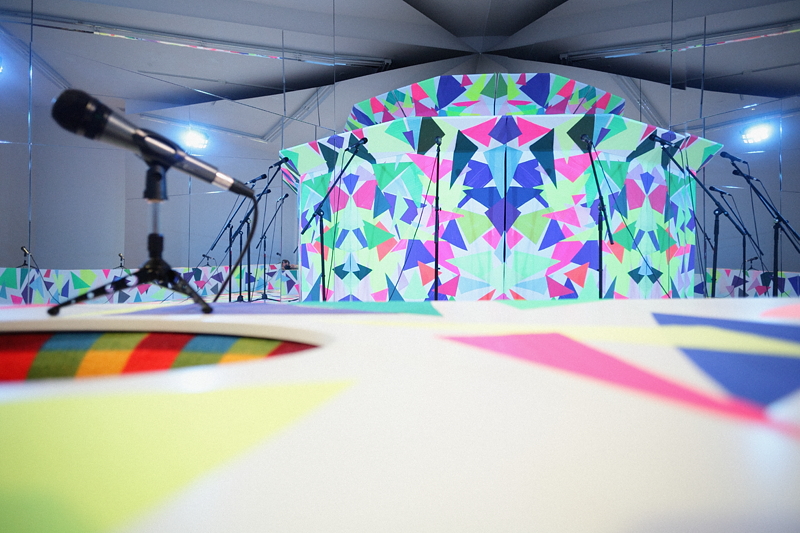 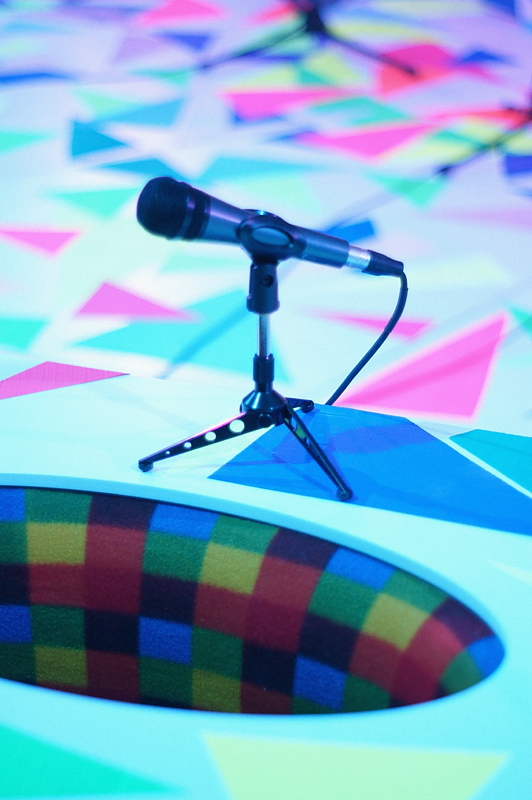 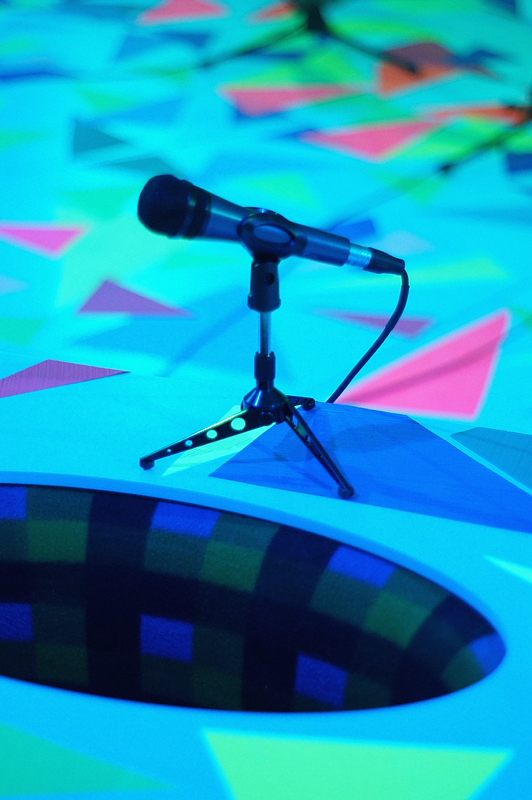 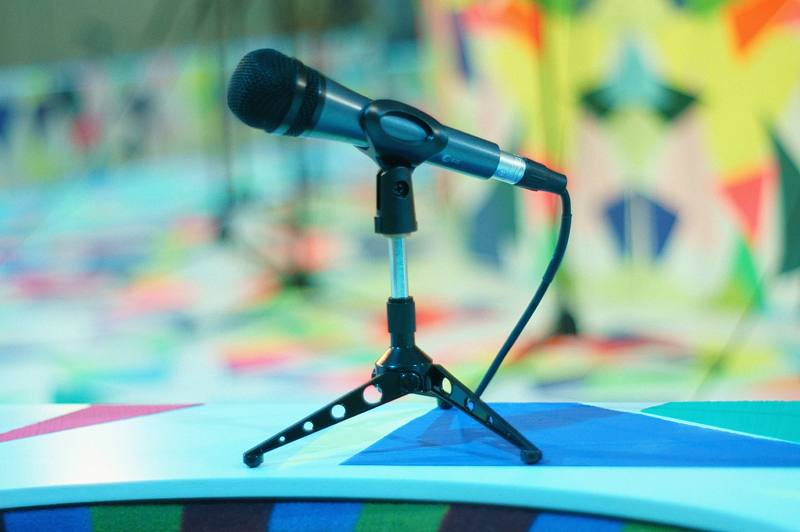 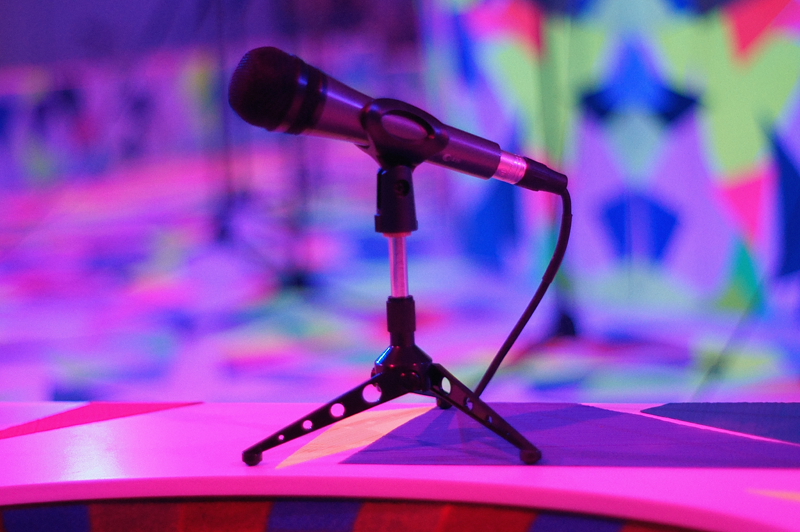 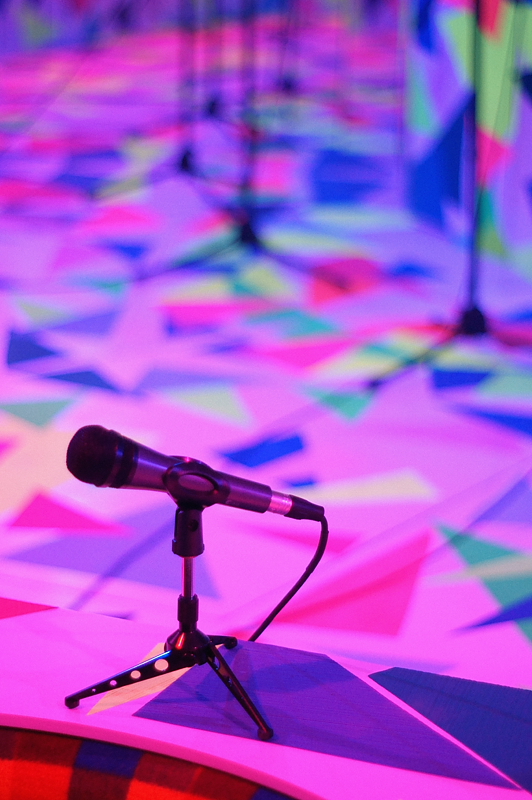 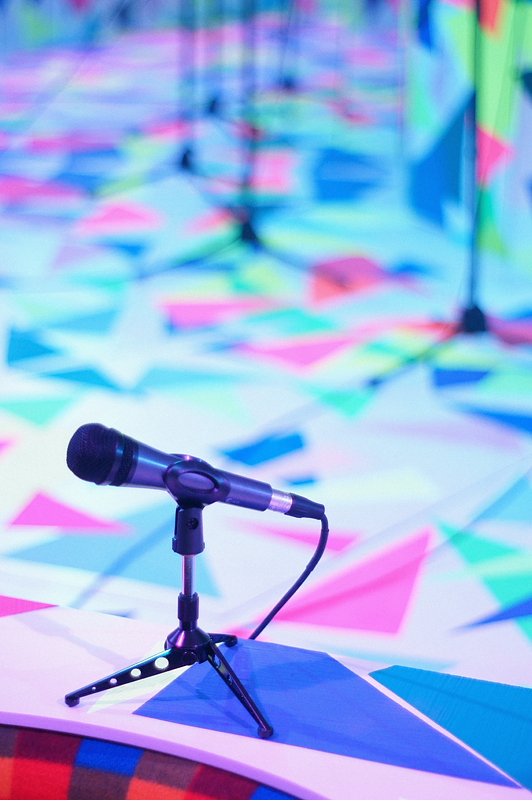 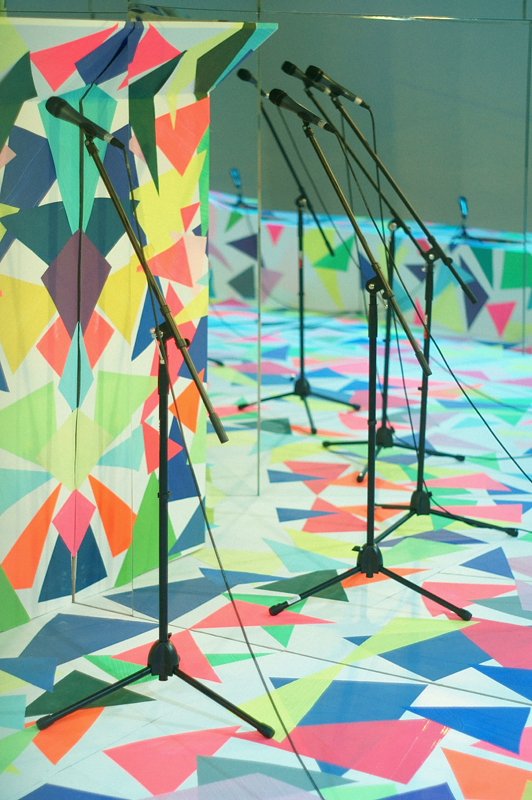 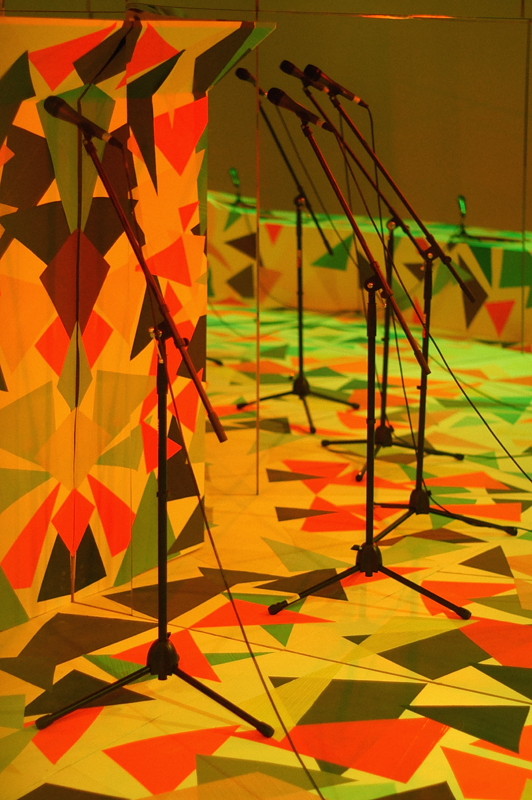